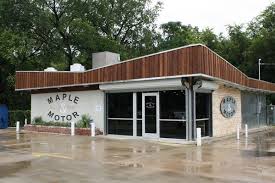 As it goes with family, there are times when you have to step outside the box and help out. My son, William, had moved from my house in Aubrey, Texas to his own digs in a pretty nice apartment complex in South Dallas.....literally a stones throw away from Dallas Love Field  (the sacred home field of Southwest Airlines). I'm saying he's actually on final approach to Runway 35.

Anyway, we went to our local big box furniture store, Nebraska Furniture Mart in The Colony, Texas and picked out a nice three piece sofa set. You must understand that my son is about 6' 6" and needs a lot of space to stretch out on so some puny 6 foot couch wasn't going to hack it, no...we got the extra long model. 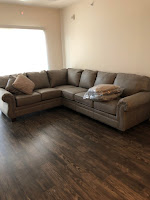 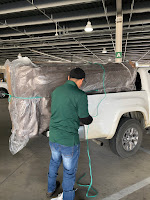 So we got to the pick up area and a couple of able-bodied Nebraska workers loaded all three pieces into the back of my Tacoma pickup (quite an accomplishment, I thought). They roped that thing down like a calf at the rodeo (it is Texas after all) and off we went back to Dallas.

It was a second floor carry for you professional furniture movers. Although the first two pieces were easy, the long couch was a bit more trouble making the turns on the back stairs (we tried the elevator but apparently a six foot couch would have made it inside but no....we had the supersized couch, no-go).

After bumping and scraping our way up to his apartment, we were able to assemble it and even distributed the included throw pillows.


Ok, fun stuff over (you may all know I'm waaaaay passed my prime on furniture moving), my son recommended we go to a hamburger place just down the street called Maple & Motor. 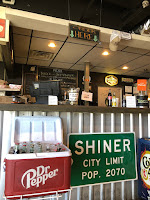 The owner, Jack Perkins, joined the Dallas dining scene in the fall of 2009 when he and partner Austen Wright opened Maple & Motor Burgers and Beer on Maple Avenue. The story goes that the major cross street by the restaurant used to be called Motor Street but as a plethora of Medical Centers took over the area, they changed the name to Medical District Drive in 2008, Thus the name for the restaurant. Its kind of a hole-in-the-wall place but has a huge following on Yelp. One of the things that attracted me was that, Guy Fieri had done one of his "Diners, Drive-ins and Dives" segments there. I ordered a standard Cheeseburger and my son had the same but added a sunnyside up egg and bacon. We shared an order of Tater-Tots. 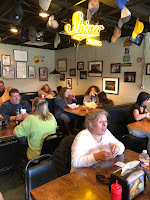 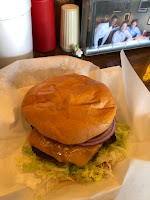 The burgers were huge with ample portions of beef, onion, tomato and lettuce. I had to cut mine in half so I wouldn't send the contents cascading onto the plate.

The Tots were nicely baked so they weren't greasy, nor was the burger patty. Ordering was quick at the counter and everything was delivered quickly. Drinks were from the dispenser with free refills. Parking wasn't a problem but William said there were days he'd come for lunch and there was a line out the door. Apparently one of the go-to places in that part of the world.

The meal was filling and we got out of there for what I thought was a reasonable $14 a person. If you're ever in South Dallas, have a layover, long stop-over, or need a meal before climbing onto a jet for home, make sure you Uber over to Maple & Motor Burgers and Beer.
Posted by Nick Saraceni at 6:25 PM