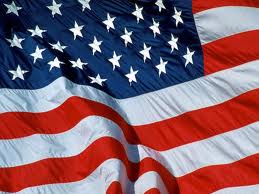 Independence Day always evokes strong emotions in many Americans. Whether you were a member of the “Greatest Generation”, “Frozen Chosin”, visited the Vietnam Memorial, accepted Uncle Sam’s invitation to vacation in the Gulf (one or both times) or just liked the movie with Will Smith. Realizing the act of declaring an independence from colonial rulers in the middle of a rather (up to that point) one-sided conflict (which we were not exactly winning) with the then world’s biggest superpower was to say heroic and well….rather insane. Luckily, King George the 3rd realized the cost of running a long distance war was bad for business and his throne and reluctantly decided to throw in the towel to Ben Franklin and the boys from Paris and we walked away with a new country of our own.


Although the British did exact a little revenge during that little disagreement we had with them in 1812 for trade restrictions and impressment of our sailors on the high seas. We had gotten a little cocky and had forgotten that part of the Constitution which called for the government to provide for the “common defense,” so we got our hats handed to us but not before the British sacked and burned our capitol. Thank goodness Dolly Madison stuck around long enough to get Washington’s portrait out in time. Hey, we did make a comeback by 1815 when we kicked butt at New York and New Orleans and sent them packing. The world has looked upon us as a force to be reckoned with ever since. Well except maybe for the French.
However you look at it from a natural citizen to naturalized citizen’s point of view, it is a venerated milestone or jumping off point for our fledgling Democratic experiment worth celebrating even in the worst of times. That is, right before a Presidential election.
My family has always made the 4th a special day since the birth of our daughter Nicole on the 4th of July. For so many years, Nicole thought the fireworks were for her and rightly so. It was somewhat of a gynecological miracle we were able to have her so it seemed appropriate after all. We were fortunate enough to have friends who would often invite us to their soiree’s, feed us, give us drink and usually in a place where there was a great seat at many a fireworks display.
It also holds a special place with me because, Independence Day in 2005, was the last 4th we would spend in our home in San Diego. I had retired in March from my law enforcement career and we had already sent Dianna off on her great adventure to North Texas to take the job with Countrywide in Plano, Texas. I was back with Nicole and Billy in our Santee house preparing to move them and our belongings to Texas and hopefully sell our house at what turned out to be the eve of the bursting of the housing bubble that Summer.

Our friends, Dennis and Susan had again offered us a spot with them and their 5th wheel trailer on Fiesta Island to eat, drink and be merry to watch the Mission Bay fireworks display that night. I remember laughing it up with Dennis, Susan and her brother David as we talked about his on-going remodel of his lean-to in old San Diego. On that occasion, David had discovered all the boards beneath his bathroom had rotted to failure and though he had removed the offending floorboards and joists, Susan was chiding him for not replacing them in a timely fashion and how she had to step out into space to relieve herself the last time she had visited. David, bless his heart, never acted in a rash manner and his plans were always well thought out. He just took a long time to act on them.
The most vivid recollection though was Nicole, Billy, Dennis and I playing cards under the canopy in the coarse but cool sand of the beach. I can see it like it was yesterday, the golden yellow light of sundown reflecting onto their faces as we laughed, made jokes and played. The noises of those other partiers around us, distant music playing, children laughing and running, wooden pallet fed fire rings cracking and snapping and the smell of hot dogs and beer. It was a moment when everybody was getting along and enjoying each other’s company as though we all knew it might be the last time we would be able to do that for a very long time.
Night fell, the constant cacophony of the jet skis and ski boats we had heard all day subsided and the coolness of the ocean breeze enveloped the scene as the anticipation grew among the children as they took up viewing positions in chairs on the sand or on top of motor homes and picnic tables wrapped in blankets and towels. I can still see Nicole all bundled up against the cold in the flickering light of the fire. The show was amazing as usual but there was that sense in the back of my mind that this was a kind of last hurrah for me. 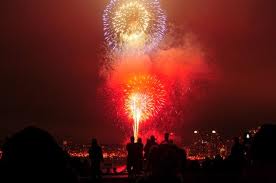 Shortly, I would be making the first of five round trip drives to Frisco, Texas to first drop off Billy, the big dogs, Mary and Elvis, then Nicole and some of our furniture to Dianna’s rental over the next several months.
By October, the house wasn’t selling and we were forced to consider renting it to help defray the costs of running two separate households. I hired movers and a property manager and packed the rest of the house myself for the trip to Texas. Alone on that last night, I said goodbye to our beautiful house, again with a realization I would never set foot in there again. I walked my way through each room and said goodbye to the home that had raised our kids, saw birthday parties, anniversaries and got us through many a rough spot. I felt like I did when I left my parent’s home those many years before, a little unsure what the future would hold.
As I looked around the vast emptiness of the now silent house, I looked down at the tile floors I had slaved over, the kitchen cabinets, the sinks I had replaced and the window we had added in the living room and heard the echo of children laughing and running up and down the stairs. I locked the door behind me and asked the house to take care of the next family as it had ours. I drove away for the last time and, as the “Now Leaving California” sign flashed by as I pressed my old Ford Ranger eastward, I began my life anew in Texas.
Posted by Nick Saraceni at 2:14 PM