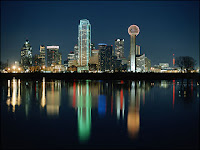 October and November were busy times at the Saraceni winter residence. We were fortunate enough to have some friends and family visit (for the first time since we arrived in 2006…..you all know who you are out there, except you Dana). Our long-time friend Dennis came in October, a former partner of mine Al and his wife Pam and my (much older) sister in November. It did give us a chance to do the touristy thing and show off our wonderful part of the state. 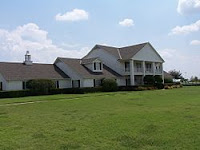 For many years, my wife and Dennis were major “Dallas” TV show fans so his request was a visit to South Fork Ranch to go through the museum and property. We had been to South Fork before and it always strikes me as a shrine built for our generation for a period in our lives when television began to be our escape from the reality and began to rule our lives.


The original series ran from 1978–1991 and captured the imagination of lots of folks. It has been credited with defining the future of nighttime dramas. Just about all the shows that came later used the same formula (or expanded it with the relaxation of censors) of conflict, wealth, sex, good guys and bad guys. After 357 episodes, the show departed but not for good. Two TV movies and now a new series on TNT with a younger cast mixed with original cast members continue the franchise.


The visit takes you through the glitzy museum with lots of memorabilia from the series and behind the scenes views of the cast and the making of the show. It is fun to see the photos of the young cast at the top of their game. It was mostly a trip down memory lane when I considered where or what I was doing during those times.


The tour moves to the tram ride around the ranch on the way to the house used in the exterior shots for the show. Little known fact was that the show was mostly filmed (yep…before video tape) in Hollywood. Only shots around the ranch, exteriors of the front yard, locations around Dallas, driveway and pool area were done here. Thus when you get to the house, it strikes you as being very small. This was done on purpose. Through a little photographic trickery, the house was made to look much bigger and grander. Today....it’s kind of a rundown 4700 sq ft home still in the 70’s when it was built.


After a brief lecture on the history of the house and series by a lovely young tour guide (who, by the way, was an infant when the show aired), you are allowed to wander around the interior which has a theme room dedicated to each one of the main characters. Let’s not forget…they never acted or filmed in any of these rooms….it’s just fluff to balance out the tour. 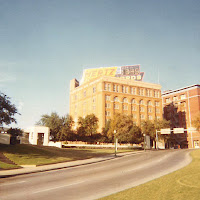 The best part of the visits for me was that all of them wanted to see the 6th Floor Museum at Dealey Plaza in Dallas. The museum resides on floors six and seven of what was the Texas School Book Depository building. The building started out as the Southern Rock Island Plow Company. Built in 1903 it was used to build farm implements. Southern Rock sold the building and the new owner leased it to the Texas School Depository who converted it into a warehouse in 1963 with the iconic "Hertz" rental billboard on it's roof. The lower five floors make up the Dallas County Administration Center.
I’m not a conspiracy theorist or someone who relishes in the death of others but the JFK assassination was a pivotal moment for most Americans (like Oliver Stone) and, for me, a window into the politics and subsequent directions America took in the following years.


When we took my sister there, we really lucked out in that a couple of eye witnesses were there to give a talk in the “Meet the Museum” lecture series on the 7th floor of the museum, which was opened in 2002. The museum is part of the Dallas County Historical Society and often has various guest lecturers speak on the events of that 22nd day of November in 1963.


When there are no lectures, the southeast corner window is one floor above the window Oswald fired from and gives an excellent view of the roadway Oswald would have seen on the day of the shooting. You can plainly see the two white painted Xs in the center lane of Elm Street where the two shots struck the President. The sixth floor has a glass enclosure surrounding the sixth floor window and surrounding stacks of book boxes as it would have appeared on November 22nd, 1963.


The lecture involved the observations of Bill and Gayle Newman. You all have seen Bill and Gayle. They are the subject of one of the most iconic photos of the assassination. That’s the 22 year olds Bill and Gayle shielding their children at the base of the grassy knoll as the shots rang out.

Here we are 49 years later and Bill and Gayle are (like us) older and wiser. They have been the subjects of documentaries and have traveled all over the world to meet or be interviewed by researchers producing books or movies about the assassination. Bill commented that he always knows what conspiracy theory the interviewer subscribes to because when they take Bill’s picture, if he has his back to the 6th floor window they believe in the single shooter theory. If his back is to the grassy knoll or white picket fence, they believe in one of the multiple shooter theories.

Each gave a brief description of what they saw that day. They were, after all, probably the closest people to the shooting in Dealey Plaza that day. Gayle was a little quieter and gave few details but Bill was more practiced and gave a more graphic description. She did say, of all the movies and documentaries they have been involved in, Gayle said her favorite was working with Oliver Stone’s movie where she got to meet Kevin Costner (lots of eye rolling from Bill on that one). 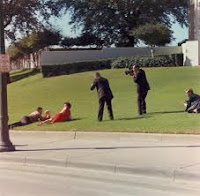 They were just passed the freeway sign (which is no longer there) on the north curb line where the first round struck the President and then they were almost abreast of the limousine as the second shot hit the President in the head. As Bill spoke, you could see the event still affects him to this day. He had that 10,000-yard stare a person gets when they’re reliving a significant moment in time.


At one point, his voice cracked as he described seeing the back of the Presidents head explode into a red and white mist throwing the President into the lap of his terrified wife. Gayle recalled seeing Jackie climb out onto the rear deck retrieving a portion of the President’s skull as a Secret Service agent Clint Hill climbed up and pushed her back into her seat.


At that point, Bill called out to Gayle to get on the ground to shield their two boys. At that moment, Johnny Flynn of the Dallas Morning News took the shot. Also at that moment, several photographers ran up on them and also took photos. One reporter for WFAA (the ABC affiliate in Dallas) asked them what they saw. Realizing they were eyewitnesses to the shooting, he corralled the whole family and drove them to the studio and got them on the air to tell what they saw. They have been in great demand ever since.


One of the things that gave them notoriety in the conspiracy theory community was the fact that Bill made the comment that, initially, he stated he thought the shots come from behind him (the grassy knoll). Since then, Bill feels the results of all the credible researchers and the results of the two Federal investigations (the Warren Commission in 1963 and the Select Committee on Assassinations in 1979) are correct and there was only one shooter.


Interestingly, although they were interviewed several times by the FBI and investigators for both assassination investigations and participated in a couple of reenactments for those investigations they were never called to testify.

As we left the 7th floor to return downstairs to the 6th Floor Museum, we walked by two large images of John F. Kennedy and Jackie Kennedy hanging on a wall. As you walk by, you realize the portraits are actually made up of tiny images of each other. JFKs was pixilated, if you will, by images of Jackie and Jackie was made up of JFK portrait images by Alex Guofeng Cao. Pretty cool.

﻿﻿﻿﻿﻿﻿
You can’t take photos of the 6th Floor exhibits (oh…and according to a very angry docent I met, the lecture series on the 7th floor either…oops) but many describe the lead up to and aftermath of the President’s visit to Dallas. The trip was to shore up support of conservative Southern Democrats who weren’t enamored by Kennedy’s liberal policies in anticipation of the 1964 elections. There’s where the conspiracy theories start. It ran the gamut from the Military-Industrial complex seeking more military involvement in Southeast Asia, eastern Europe, Central and South America, organized crime’s dislike of Robert Kennedy’s investigation of the mob, to Cuban revolutionaries. The list is endless.


But many of the displays inexorably capture, through videos and photographs, the events of November 22nd . They even have a display of all the different types of movie and still cameras that were used that day to record the event. From an old Polaroid Land Camera belonging to Mary Moorman to the Bell and Howell Model 414 PD Zoomatic Director Series 8mm Camera Zapruder used. 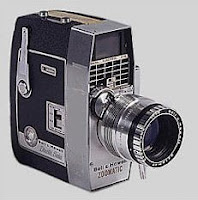 A great place to relive history and get a little more of an unbiased (well unless you feel the Museum is a Government front to distribute misinformation to propagate the single shooter theory…) perspective of the assassination. Once outside, as you walk around the plaza, you can start matching up what you saw to the actual scene. If you seem lost, expect one of the many conspiracy theorists floating around the plaza to offer up their interpretation of the events for you. They have lots of company. In 2003 a Gallup poll found that three-quarters of Americans said they think more than one man was involved in Kennedy's assassination. Only 19% of Americans think it was the work of one individual. One thing was clear, time will not end the continuing controversy nor does it appear it will ever be explained or resolved.
Posted by Nick Saraceni at 9:06 PM