Our tour continued with a short trip to Fredericksburg Texas. County seat of Gillespie County, Fredericksburg is also the seat of all things German in Texas. As previously discussed, Germans came in droves to Texas in the early 1840's with a promise of fertile land, freedom from the heavy Prussian way of life and the general fleeing from the social, political and economic conditions which caused the Revolution of 1848.

Fredericksburg was founded in 1846 by Baron Otfried Hans von Meusebach, new Commissioner General of the "Society for the Protection of German Immigrants in Texas", also known as the "Noblemen's Society" and named after Prince Frederick of Prussia. Old-time German residents often referred to Fredericksburg as Fritztown, a nickname that is still used in some businesses. The town is also notable as the home of Texas German, a dialect spoken by the first generations of German settlers who initially refused to learn English.

To keep the peace, they brokered an 1847 Treaty between the Comanche and the German Immigration Company. The treaty was unique in that it did not take away the rights of the Penateka Comanche, but was an agreement that the Comanche and settlers would mutually share the land, co-existing in peace and friendship. It is one of the very few treaties with native American tribes that was never broken. Most of the native Germans despised slavery and the town was split between pro-Union and Confederacy residents during the Civil War (TWONA).

The best thing that ever happened to Fredericksburg was when LBJ became President and all eyes focused on the Texas Whitehouse. The Nimitz Hotel served as headquarters for the media who intertwined their favorable impressions of the area with their reporting on the President. The Johnsons attended church in Fredericksburg. Dignitaries and were escorted around Fredericksburg by the President. West Germany Chancellor Ludwig Erhard visited Fredericksburg in 1963 and was greeted with "Herzlich Wilkommen". Throughout LBJ's vice presidency and presidency, Fredericksburg prospered from the tourism trade, and it changed from an isolated community into one catering to the tourist dollar. Additionally, the National Museum of the Pacific War has become a big draw to military history buffs like myself. 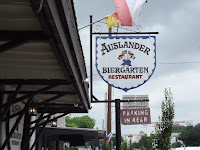 That's where we found ourselves on a wonderful breezy afternoon. After a long drive and awash in a sea of historical anecdotes, we needed sustenance and, utilizing a recommendation by our driver, saddled up to the bar at the Ausländer Biergarten on Main Street. I had Opa's Sausage sandwich and Dianna had the Sampler Plate with ample amounts of the sausage as well. Fredericksburg is also wine central for Texas wines and a cultural center for the famous Texas Hill Country. Due to our overwhelming rainy season this year, crops were booming as well as the greenery of this very scenic and gently rolling part of Texas. 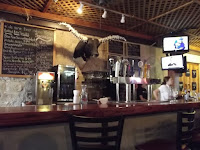 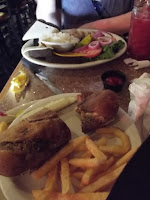 So of course we (I should say Dianna with me in tow) wandered along the overflowing tourist crowds lining the sidewalks and entering shops of who-knows-what latest and greatest curio and crafty goings-on along Main Street.

There is an unwritten rule of grandparents that all new tourist and/or cultural stops requires the purchase of some brightly colored T-shirt which memorializes the location for the grandkid (who, of course, wasn't ever there). I want to assure all of you we (I should say Dianna) did not violate the code during this or any other stop we made. Fredericksburg was as delightful as the first time we went there and will be the focus of a future Bed and Breakfast mini-vacation in the future. 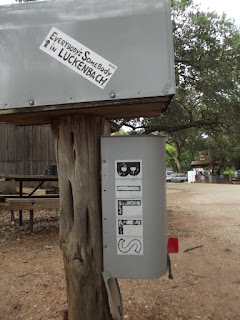 Our next stop was little Luckenbach, Texas. Fredericksburg has profited from spill-over tourism of nearby Luckenbach ever since a couple of events propelled the little town with a population of three to global fame.

Originally called South Grape Creek for a nearby waterway, the town was named for founding resident Jacob Luckenbach. In the 1830's, Jacob is known to have been among the Texans, including many Texas-Germans, who helped to win Texas’ independence from Mexico. after service in the Republic of Texas Army, he returned home and by 1845 had returned with his family back to Texas and settled in the Hill Country. 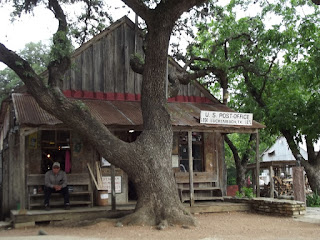 There is much controversy over who really established Luckenbach first another family named Engel or the Luckenbachs but we can surmise the town was established sometime in the 1850s by former Fredericksburg residents and a Post Office was established in the town along with a general merchandise store, blacksmith shop, cotton gin, saloon, warehouses and some homes. A dancehall (Tanz Halle) also located there was a center for social gatherings (a mainstay in German culture). 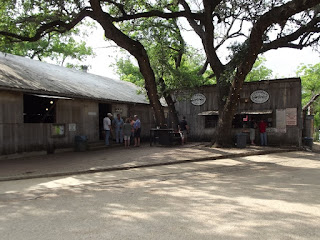 Sometime in the late 1800s, the post office closed. When it reopened in 1886, August Engel (there is some banjo playing in the background....there was a lot of intermarriage among the Engels and Luckenbachs by this time) served as postmaster and renamed the town Luckenbach. William Engel became the next postmaster and opened the general store, which remains today in its original building. 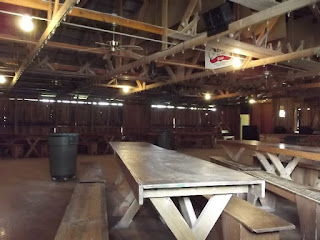 The dance hall was rebuilt by the early 1930s, and the new structure included a beautiful maple dance floor. Never achieving a population of more than 500, by the 1960s, it was almost a ghost town. The last vestige of the town, the original 1886 Post Office, closed in 1970.

A newspaper advertisement offering the little over nine acre town (it read "town — pop. 3 — for sale") led Hondo Crouch, a rancher and Texas folklorist, to buy Luckenbach for $30,000. 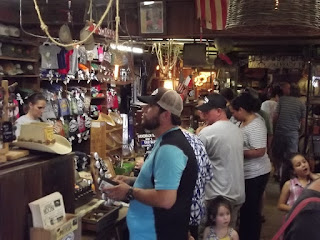 He began to utilize the land and dance hall as an open-air music venue. This drew many early Country singer-songwriters to play and the place took off. Especially after  Waylon Jennings and Willie Nelson memorialized Luckenbach with the song "Luckenbach, Texas (Back to the Basics of Love)". It's now just three buildings (Dancehall, General Store/Saloon and an outdoor stage) but it still draws in the tourists. 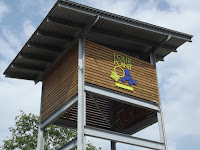 Our last stop was a little wine tasting room and entertainment venue like many that dot old Texas Highway 290 (referred to as the Wine Road 290 Trail).  Few know that Texas is the 5th largest grape producing state in the nation and has given both France and California a run for their money winning several wine competitions here and across the pond and the Hill Country is ground zero for most of that wine production Four Point Wine Cellars is a tasting room dedicated to showcasing Brennan Vineyards, Lost Oak Winery, and McPherson Cellars wines. 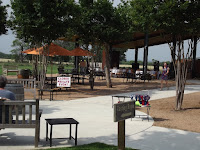 Our tour all sat together and sampled several varietal wines which were comparable to many more expensive wines we've had in the past (I do not include myself with wine aficionados, I just knows what I likes). Returning (or stumbling) back to our tour limo, wine in hand, listening to the deep breathing of our now slumbering comrades, we made the long trek back to our hotel and blissful sleep. 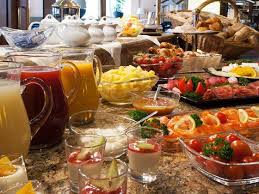 Before checking-out, it began to rain buckets so we delayed our departure to imbibe in one of San Antonios best breakfast buffets. The Menger holds what can only be described as the freshest breakfast buffet I've had the honor of attending. 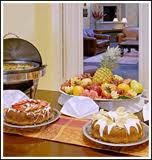 Gorgeous fruit platters intermingled with the best meat and egg dishes, not those "under the heat lamp" variety but a constantly changing landscape of vittles by servers who never seem to cease their movement. It was worth the layover to take in. Full to the brim, we made our way to the Valet and once we discharged our luggage and trinkets into the suddenly insufficient trunk of the Rogue,we wended our way back to Frisco and home.
Posted by Nick Saraceni at 7:53 PM