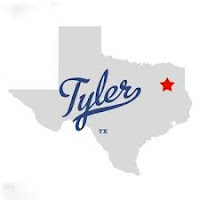 Back in May, it was our 41st anniversary. It seems like only yesterday we were young and vital people with all of our hair (in a much darker color). Now after our children have sucked the life from us (well….one did give us a pretty nice grandchild) we are forced to get away from time to time to rejoice in our aging and recall when we were young and without responsibilities.

So we found ourselves driving eastbound to the Piney Woods region of East Texas to take in Kierposol Winery and it’s lovely B&B. I learned about Kierposol from, all places, a Texas Co-Op Magazine article. Texas was the test ground for a Federal program to bring electricity to rural communities championed by an up and coming little known Senator from Texas, Lyndon Johnson. In the part of Frisco we live in, we are a part of the Co-Serv utilities Co-Op power company which encompasses parts of North Texas. The magazine in question has articles by freelance writers about things going on in other Co-Op communities in Texas. The article was an overview of things to do when visiting Tyler, the County seat of Smith County.

It turns out Kierposol was the dream of a South African immigrant named Pierre Kierposol who arrived in America in 1998 after uprooting his family to move to Tyler, Texas in the hopes of growing grapes and making wine in the booming Texas wine industry. He bought up a sizable estate and produced his first production wine in 2000. In the following years he expanded into the Bed and Breakfast and restaurant. The B&B has gone from three rooms to five in the restaurant building, an event center, a recently completed cottage, multi-room Stable House and a distillery to complement the winery on the property. The surrounding property has been developed for high end housing in front of the vineyard along Farm to Market Road 344 just outside of Bullard, Texas (go Panthers), a stop on the Kansas and Gulf Short Line Railroad in 1890.

The area around Tyler is much different than the Land of Lakes region that Frisco resides in. Tyler is right on the edge of the Piney Woods and the Post Oak Savannah regions of East Texas. Providing stunning vistas of old growth Oak, Sweet Gum, Pecan and Black Walnut trees lining the roadways and hills. Very green and laced with deep dark shading of roads and the porches of dwellings among the gently rolling hills. 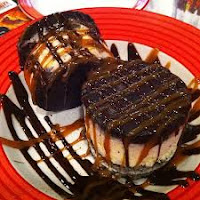 We left the DFW area and quickly found the wide open spaces along the I-20 and headed south just short of the Louisiana border. As the low brush grew into towering trees, we arrived at Kierposol about two hours from home. Too early to check in, we made our way into Tyler for lunch at a Friday’s along U.S. 69 (Dianna got a chuckle at of that). She had the Chicken Tenders and I had the Chipotle Chicken Salad. Top that with the Oreo ice cream sandwich dessert, wow.

After getting a lay of the land, we returned to Kierposol to take a nap in preparation of our Haunted Tour of Tyler at 9:30 pm. As we refine our travel protocol, we tend to revolve around two central themes. Either Bar Crawls or Haunted Tours. I know, rather limited but consistent. Over consumption of alcohol or scaring the crap out of ourselves, our parents would be proud.

We found a haunted tour run by Jerico Tours of Tyler. We were somewhat surprised at being the only two people signed up for that Friday night tour. We hooked up with Heather who, when she wasn't ghost hunting, was a second grade teacher during the day (probably more scary than her nighttime gig). Heather was very informative about ghost and spirit investigations and even brought along some Electro-Magnetic sensors, flashlights and a temperature sensor for us to use.

For the next three hours, we drove all over Tyler to various sites where sightings and investigations had been conducted. The most interesting for me was the old Smith County Jail which was now an attorney's office (how appropriate). There the hanging tree was located in the side yard of the jail where several legal and maybe some not-so legal hangings took place in the late 1890s. 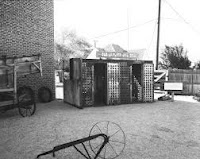 There were also two outside all-metal prisoner cells (more like cages) where prisoners would spend their time when the Judge determined public humiliation was in order. I can’t imagine how uncomfortable this must have been in the Texas Summer or Winter much less inclement weather. This is the only location we got a hit on the EMF meter. Pretty strong reading right by the outside cage. Heather said it was most likely a frequent resident of the cage, a horse thief who hadn’t died there but who's spirit came back to haunt a place he spent a lot of time at.

As she ushered us around in her Ford Taurus, she spoke at length about the politics of Tyler and how it meshed with the lives of the rich and famous and how it had a bearing on how and where they ended up haunting. One of the most active places was the former Tyler Pipe manufacturing buildings. Tyler Pipe was producer of oil pipes for the massive oil fields covering this part of Texas back in the oil boom during the early 20th Century. Heather pointed out that there was no OSHA to regulate industries back then and this resulted in several deaths which occurred on the site. Some of those spirits still remain among some of the structures.

Interestingly, the site is now where one of the best Halloween Haunted Houses in the area. Terror Nights has a reputation of one of the most scariest Haunted Houses in America. During the rest of the year they utilize the facility for a Terror Escape Game that's quite the rage.

An escape game is an escape room venue. You and your crew are  locked inside for 60 minutes while you try to figure out how to escape. The rooms contain clues, secret doors, and hidden items. Anything that’s not glued or bolted down can be used and may be vital in getting out before you’re killed (yeah…I don’t see the draw but then I don’t Tweet or Facebook either).

Anyway, Heather’s husband (and fellow ghost hunter) George runs the Terror Escape Games and we got a behind the scenes look at how the game is conducted while Heather pointed out some of the hot spots throughout the site including a little girl who haunts a corner of the building. She’s quite playful and sometimes appears when coaxed with shiny coins tossed on the floor. I emptied my change upon the floor but no response from the child and no explanation why she would haunt this industrial site.

The next day, we were up early for our B&B breakfast in the restaurant.  Dianna had the eggs Benedict and I had the hearty Farmer’s Breakfast of eggs, bacon and toast. Then we made it out to the Tyler Rose Museum. 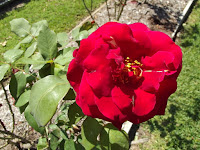 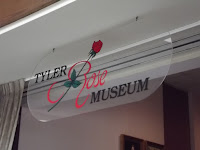 Many of you may know Tyler is considered the “Rose Capitol of America”. More than 1/3 of all roses commercially sold in America are grown in Tyler. The Tyler Municipal Rose Garden and Museum has more than 450 varieties of rose bushes, including antique varieties, bloom in the garden with cool names like Leonardo Di Vinci and Elizabeth Taylor. 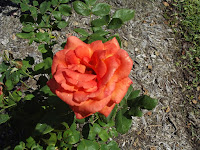 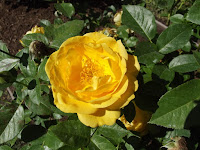 Here more than 50 varieties of antique or heritage roses, along with many perennials bloom all summer long. The Rose Garden is the site of the annual Texas Rose Festival held in mid-October each year.  Visitors gather to meet the Rose Queen and enjoy refreshments in this spectacular outdoor setting during the popular Queen's Tea. The museum showcases really amazing ornate glamorous (one might suggest gaudy....I apologize Debbie) gowns worn by Texas Rose Festival Queens, as well as the history of the rose industry. 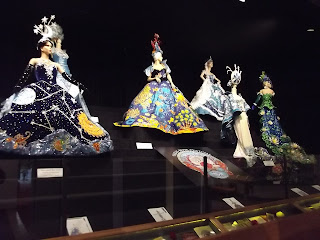 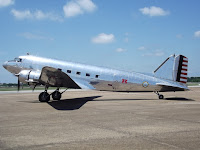 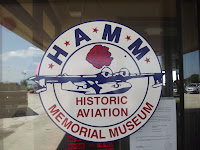 I love airplanes and airplane museums. There is a little museum located at the Tyler Pounds Regional Airport called the H.A.M.M. Aviation Museum (Historic Aviation Memorial Museum). That day they were having a Discover Aviation for kids and the place was alive with little ones. They were giving rides in the Museums immaculate DC-3, pretty cool. 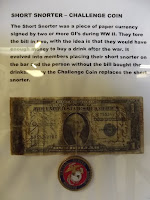 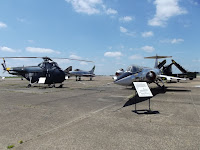 Among the many inside exhibits included this little known artifact the "Short Snorter" not to mention a fairly good batch of aircraft on the flight line. 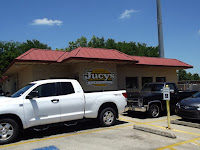 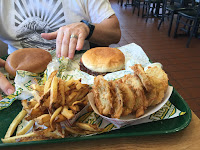 We (I) were pretty hungry and decided to lunch at a renowned restaurant, Jucys. Its burgers are legendary for good reason. Dianna had the Cheeseburger I had the Spicy Blackbean Burger. We each had the Fried Green Tomatoes . Excellent!

On returning, we stopped for a visit at the Winery. They've recently added a Distillery and make Rum, Vodka and Bourbon as well. We made our way to the tasting room and got a sip of all their sweet and some their dry wines. We, of course felt compelled to buy up some for the trip home. The vistas from the patio were very relaxing and just right for sipping wine. 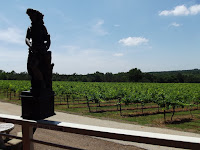 After a nap (we take those now), we were able to get to the restaurant for dinner in the B&Bs restaurant. Dianna had the Fillet Mignon and I had the Black Pepper and Honey Glazed Salmon. Top that with the Creme Brulee for Dianna and I had the Cheesecake. Wow!

Loading our booty of wine and souvenirs from the road into the Rogue (a few pounds heavier), we wended our way back to our humble home in laconic Frisco.
Posted by Nick Saraceni at 5:09 PM