The City of McKinney, Texas  is just to the east of us here in Frisco and is the County Seat of our Collin County and thus has a Courthouse and town square. It gets it’s name from old Collin McKinney, signer of the Texas Republic Declaration of Independence, general organizer and cheerleader for North Texas in those early days.

McKinney’s star has been on the rise for some time. Although incorporated in 1848, it sort of moped along (like many communities in North Texas) until the late 90’s when things began to take off. Dallas/Fort Worth had their hay days and, mostly built out, were expanding northward. The surrounding communities welcomed (well sort of) the new start up families and industries needing a place to stay and grow in the limited tax and regulation environment that makes Texas so darn attractive. 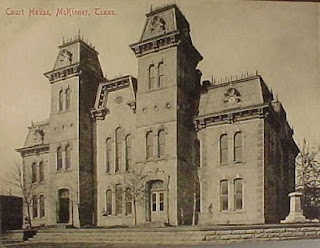 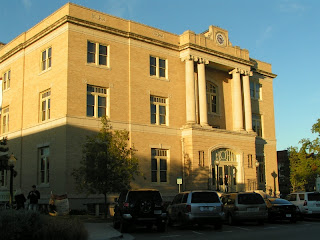 There was the original Courthouse of 1874 which was remodeled in 1927 to it’s current look. The original looked like something out of the Addams Family, it needed an update from its Empire style to it’s newer Neoclassical Revival style. It was again restored in 2006. By then a new Courthouse had been built elsewhere and a community theatre group turned it into the McKinney Performing Arts Center. They rebuilt the District Courtroom into a stage and auditorium seating (note the historic second story gallery seating). 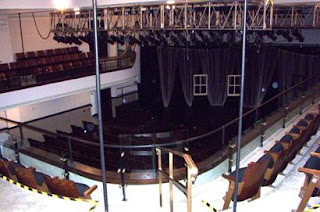 We went to the square for it’s Halloween Ghost Walk . The Historical Society gives walking tours of it’s Heritage Park  which contains many original period homes of late 1800’s McKinney. They also do a walking tour to the spooky spots of the town square where tales of murder, fires, and accidents fill the square with the walking dead. All around they’ve gotten the assistance of the Texas Paranormal Research Team  to scope out the different locations and were more than happy to show you their videos of infrared cameras, digital voice recorders, Gauss, EMF and ELF meters tracking and hearing spirits wandering through the various sites in McKinney. 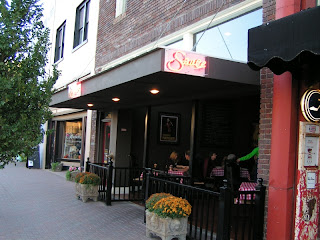 Of course, when we arrived we (well..I) was hungry and we took in our regular Italian cuisine restaurant on the square, Sauce on the Square . They do make pizza but their regular dinner menu is great. We always have the Bruschetta or the baked Fontina for an appetizer but this time we had the baked Peaches. Wow. Then Dianna and I share either the Chicken Prosciutto or the Rustica Ensalada. 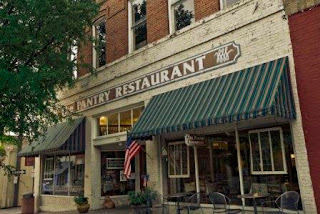 One place on the tour was a restaurant we had frequented in the past, The Pantry Restaurant  on E. Louisiana just off the square. They had a tale to tell. The Pantry originated as a dry goods store then the Hope family hardware store. The building was built in 1898 and was Hope Hardware for almost 80 years. Most of the building is still 1890’s original including the creaky original wooden slat floors, with numbers for measuring rope and chain still in them. Our tour guide said that during the time it was a hardware store, a couple of incidents of note occurred. 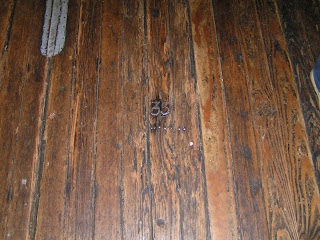 The first was a love triangle which involved a female worker and two men. The forlorn woman ended up hanging herself. The second was an industrial accident of all things. The hardware store, at some point, installed a lift between the first and second floor to move goods. One of the male workers fell from the second floor into the pit below the first floor and died. Since that time, several sightings have been recorded by both workers and patrons. The most frequent is the worker who fell to his death. He is often seen, in worker clothes, leaning down from the second floor gallery down onto patrons dining below. On occasion the woman spirit is seen doing the same thing or standing at the top of the stairs to the gallery. Both seem friendly and appear to be watching over the store and the people who occupy it.

Of course, when we got there a seemingly major paranormal event had taken place as the tour group before us were being lectured inside. A stream of water came pouring down from the second floor gallery almost hitting the tour guide and some tourists. The guide explained that there is a third floor to the building which is unoccupied. The old roof leaks and they have positioned several buckets to catch the rain water that comes into a corner room. As some workers were busily cleaning up the water, the guide had gone upstairs to discover one of the buckets had toppled over causing the spill. When describing the event, I noted a distinct lilt to his voice and worried look on his face as he spoke. He really looked scared.

Turns out our young guide was the assistant manager of the restaurant. He said he frequently has to stay late to finish paperwork in an upstairs office after closing. He’s often heard voices conversing outside of the upstairs office and, thinking there were other people still in the restaurant, has gone out to see he was completely alone. While working, he has often seen lights turning on and off and kitchen machinery inexplicably turn on by themselves. He uses those moments in deciding the work can wait and leaves.

Another cool spot was the old Collin County Prison. Now I know you’re thinking jail but it actually was called a prison. 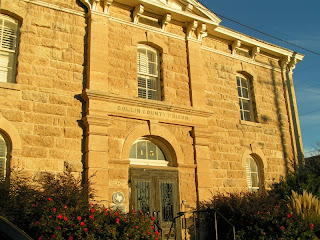 This simple, utilitarian fortress was the work of F.E. Ruffini and finished in 1880. Claude West was the jailer, and the son of a Collin County Sheriff. For many years a jailer's job was seven days a week - 24 hours a day. Mrs. West cooked for family and inmates alike. Sometimes they executed them.

Frank James was there briefly for being disorderly, Ray Hamilton, one of the Barrow Gang got a meal or two there and Charles “Tex” Watson of Manson Family fame spent time there on a California murder warrant and did his time fighting extradition back to Southern California to stand trial for his role in the Tate-La Bianca killings. Charles was a local boy and had gone to High School in Farmersville, Texas.

The last man executed by hanging in Collin County (and most of Texas) was Ed Stepp. Mr. Stepp had been convicted of killing a man and sinking the corpse in a well, Mr. Stepp was the last legal execution in Collin County before the State assumed the task. The fatal day was November 17, 1922. 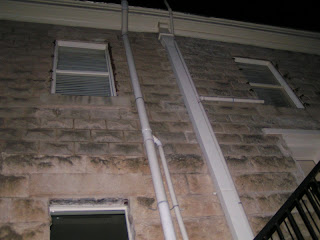 Probably the worst part of this hanging was there was no hanging scaffold in the yard behind the prison. To accomplish the hanging, a temporary scaffold was assembled between the second floor windows. Mr. Stepp was then asked to climb up a ladder to the scaffold where a noose was placed around his neck by the executioner leaning out from the window. Mr. Stepp then stepped ( I know…not funny) off into oblivion. Reports at the time indicated Mr. Stepp had a very high degree of cooperation during the entire process. Apparently a real team player.

We ended our tour of haunted places sitting sedately on the square at Pacuigo a four-generation gelateria, of Christiana Ginatta, her husband Ugo and son Vincenzo. The Gelato makers came from Turin, Italy with a family recipe and a dream of a gelato empire in America. They now have twenty stores nationwide and Mexico. In the gentle, cool wind of an October in Texas, people watching on a sidewalk in McKinney, Texas, I shared a Gelato with the wife and a decaf coffee. It doesn’t get any better than this.
Posted by Nick Saraceni at 5:18 PM