The War Comes to Texas

The City of Terrell, Texas is a popular destination for World War II history buffs, aviation enthusiasts, and veterans. During World War II, thousands of British pilots learned to fly at six civilian training schools in the United States. The first and largest of the schools was in Terrell. With the outbreak of World War II, British Royal Air Force (RAF) officials sought to train aircrews outside of England, safe from enemy attack and poor weather. In the United States, six civilian flight schools dedicated themselves to instructing RAF pilots; the first, No. 1 British Flying Training School (BFTS), was located in Terrell, Texas, southeast of Dallas.

Most of the early British students had never been in an airplane or even driven an automobile before arriving in Texas to learn to fly. The cadets trained in the air on aerobatics, instrument flight, and night flying, while on the ground they studied navigation, meteorology, engines, and armaments–even spending time in early flight simulators. By the end of the war, more than two thousand RAF cadets had trained at Terrell, cementing relations between Great Britain and the United States.

After the United States entered the war, American Aviation Cadets also trained at the school. More than 2,000 Royal Air Force and American Army Air Force pilots earned their wings over North Texas between 1941 and 1945. Terrell's citizens welcomed the student pilots to their community, and many life-long bonds were forged.

Known as Terrell Field (now Terrell Municipal Airport), the land was originally purchased by a Major William Long of Dallas, a civilian flight school operator (probably a precursor to Halliburton). The American government, through the Lend-Lease Program, had agreed to bring British aviation cadets to America to train. The Terrell British flight training school, the first of six in the United States during WWII, was officially opened in August 1941 and hosted classes of 50 British student pilots at a time.

To get them into the country, the pilots were first decommissioned by the RAF, sent to Canada, and then given visas to enter America due to the official United States policy of neutrality before Pearl Harbor. They had to swap their uniforms for civilian clothes and reenter as private citizens. After Pearl Harbor happened in December, classes in Terrell expanded to 100 pilots and they were able to enter without all the cloak and dagger stuff.

More than 2,300 British pilots went through the Terrell flight school during its five years of operation, and Terrell residents were the ones teaching the British pilots how to fly in the almost 365 day Texas flying weather. Aviation is, of course, inherently dangerous and unfortunately, several members of the training program died learning to fly. To honor their British friends, city residents set aside an area in Oakland Memorial Park Cemetery, which contain the 20 British pilots laid to rest there. 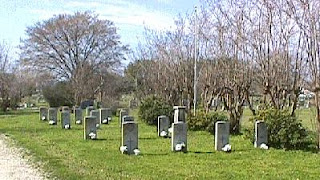 One of the cadets who's still there, is a man named Henry Madgwick. His journey began as a young British teenager enlisting in the Royal Air Force (RAF) at 16-years-old and coming to Terrell as a flight student in 1944 is unique in itself to Terrell's history. Madgwick was born in Hampshire, England on May 16, 1923. At 16-years-old, Madgwick volunteered for Home Guard, which was a defense organization in the United Kingdom during World War II that acted as a secondary defense force from 1940 to 1944 in case of invasion by the forces of Nazi Germany.

Madgwick was drafted into the RAF as a cadet where he trained in the Air Training Corps (ATC) three nights a week but also continued to patrol for Home Guard at night on the weekends to watch out for German paratroopers. At 17, he was made into a squad leader in the ATC. Madgwick arrived in Terrell in 1944 as a pilot in flight school. It was his first time to ever travel to the United States. The flight-training program in Terrell was based on a two-year pilot training course and was compressed into seven months, so they were pretty busy with aviation ground school training and flying every day of the week.

Madgwick also met and dated his future wife of 47 years, Kate, while training at the flight school in Terrell. After about seven months of flight training, he graduated eight out of 85 in his class and was shipped back to England ready to fight the war with plans to marry his wife once the war ended. After the war, Kate moved to England and they married. Once pregnant with their son, they moved back to Terrell to live. Madgwick became a citizen in 1955.

Madgwick became a resident of Terrell for the second time and has been very involved within the community. To list a few of his accomplishments, Madgwick served as Mayor of Terrell from 1998-2000, Chairman of the Baseball committee, Terrell Park Board, and the Tax Abatement Committee, Director of Terrell Youth Council, Terrell Rotary Club Citizen of the Year in 1974, and today, serves as the president of the British Flying Training School Museum. He remains a life member of the RAF association and the British Legion and still works as a tour guide at the BFTS Museum.

On the other side of things, Texas also hosted German prisoners of war in several camps established across the state. One of those is located in the city of Princeton, Texas. Situated in the Princeton Community Park and WWII POW Camp, the camp no longer exists but only as a Texas Historical Marker and a rusting water tower. The camp was originally used as a migrant worker camp in the late 30's to house seasonal workers to tend the fields and for the large onion and cotton crops every year. The campgrounds are now an expansive community park with picnic tables and baseball diamonds.

All 76 cabins were built of California redwood with shingle roofs and concrete floors. Each cabin was equipped with two beds, oil cook stove with oven, oil heater, and four chairs (no Jacuzzis). An overhead storage tank with the capacity of 30,000 gallons of water was the first thing erected on the campsite and is the only remnant of the camp still visible in the park.

In February 1945, the camp was turned into a prisoner of war camp for Germans captured during World War II. The local farmers paid the POW’s to work on their farms. This operation was continued for eight months. Earlier in 1943, the city had decided to honor the war dead with a memorial park but didn’t have the resources to do so because of the war. To get the park done, the German prisoners were contracted to do the work. Ironically, the Veterans Memorial Park was built in memory of Americans who served in the armed forces during World War II.

It should be noted that it's a generally accepted fact that the State of Texas has always supplied the most number of soldiers in all the conflicts from the Civil War up to the present. Most likely, due to its early history for their own fight for Independence, then statehood, Texans have always signed on when America was threatened. They always exhibit an enthusiasm for everything American as well as an undying loyalty to their State and its people revere anyone who joins in the cause of freedom. On any given day at DFW airport, you can catch the volunteer groups who cheer and sometimes set up lunches or dinners at the terminals for the military personnel as they are either returning or passing through the airport on their way to deployment. I'm not talking the USO but regular folks and church groups who make sure the military know they're appreciated.

There are many stories like these throughout the state and, in my travels I will always try to showcase the good and the bad of our adopted state. At the same time try to personify how it is to be a Texan.
Posted by Nick Saraceni at 2:04 PM